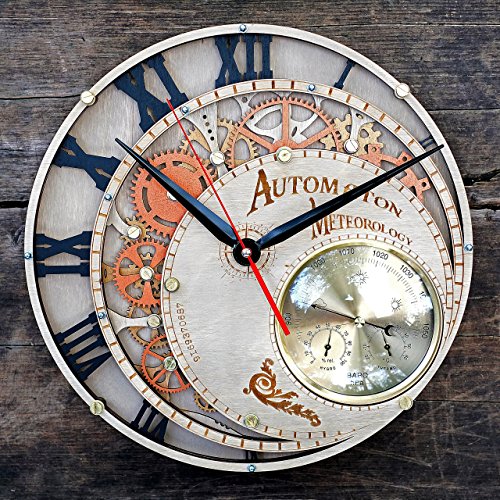 Meteorology (Greek: ÎœÎµÏ„ÎµÏ‰Ï�Î¿Î»Î¿Î³Î¹ÎºÎ¬; Latin: Meteorologica or Meteora) is
a treatise by Aristotle. The text discusses what Aristotle believed to
have been all the affections common to air and water, and the kinds
and parts of the earth and the affections of its parts. It includes
early accounts of water evaporation, earthquakes, and other weather
phenomena.
An Arabic compendium of Meteorology, called al-‘Athar al-`Ulwiyyah
(Arabic: Ø§Ù„Ø¢Ø«Ø§Ø± Ø§Ù„Ø¹Ù„ÙˆÙŠØ©â€Žâ€Ž) and produced c. 800 CE by the Antiochene
scholar Yahya ibn al-Bitriq, was widely circulated among Muslim
scholars over the following centuries. This was translated into Latin
by Gerard of Cremona in the 12th century – and by this means, during
the Twelfth-century Renaissance, entered the Western European world of
medieval scholasticism.
wiki

Our beautiful wooden clock is made of many layers of Baltic birch, painted wood stain and acrylic. Handcrafted galvanized brass screwsare used in the clock.

The meteostation provides information on temperature, humidity and atmospheric pressure. Collecting this data, you can predict the weather changes.

The clock can be personalized (any text on the clock face instead
`Automaton Meteorology` +10USD).

* AA battery is not included
** the clock hands can slightly differ from those on the pics
*** the gears are decorative and they don`t move together with the
quartz clock mechanism. 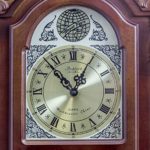 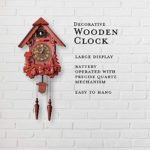 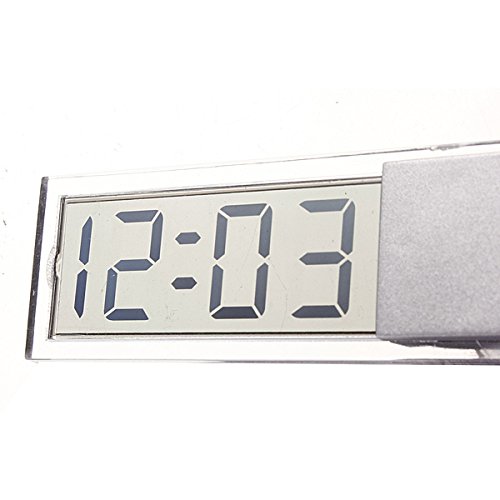 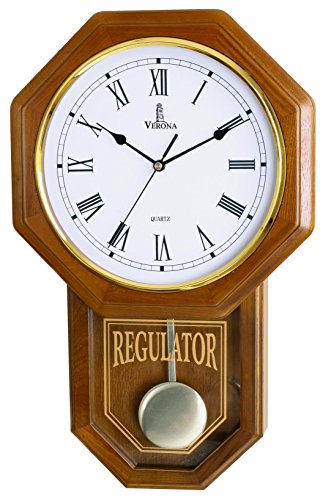 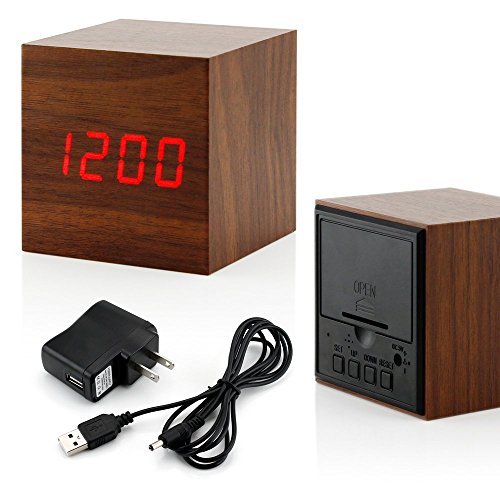